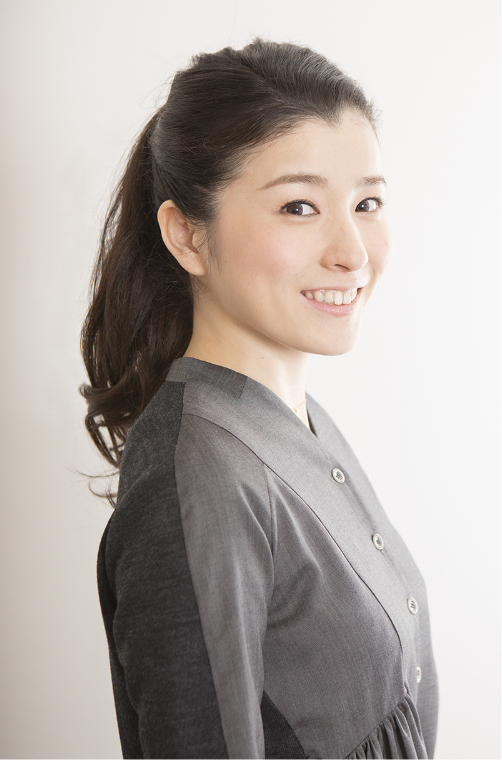 Suitou was born and raised in the rich natural environment of Okayama, Japan. The area’s sunny climate, fresh local fruit, vegetables and seafood nurtured Suitou as she grew up in the cradle of the beautiful ocean scenery of Setouchi. Her mother, an art lover, would frequently take her to the Ohara museum where she became familiar with the modern and postmodern art of the West and Japan.

She started to practice calligraphy at the age of four and continued her studies through college. Asked what attracted her to calligraphy, she would reply it is the flexibility of the brush and the endless gradation of the ink. Applying pressure, she senses the response of the brush. The ink, although monochrome, hints at many ranges of color.

In her art name, Suito, the character, « 翠(Sui) » means “jade green” which often describes the color of the ocean, and the character « 涛(Tou) » which represents serene waves. Her calligraphy master gave her the art name from her hometown. As waves change shape and color in the sun, so does her artwork. In creating her work, Suitou uses a variety of materials—traditional media (such as Japanese washi paper and ink), porcelain, pottery, glass, wire and video, among others.

In recent years, Suitou has been actively working and exhibiting outside Japan. In December 2016, she was selected as the invited artist of Le Salon des Beaux Arts held at the Carrousel du Louvre in Paris. She was awarded the “Gold medal for installation” and the “Gold medal by the jury.” She has also worked with the hotel, Le Meurice, in Paris on a collaborative Valentine’s day dinner, accompanied by an exhibition at the hotel in 2019 and 2020. She has also held a solo exhibition at a gallery in the Saint-Germain area of Paris.

As for her activities in Japan, she has appeared on several television shows such as “Nakai Masahiro no mi ni naru toshokan” (TV Asahi), as an instructor of beautiful handwriting. She was also the supervisor of the TV series, “SPEC” (TBS Television) for their calligraphy scenes.Suitou has worked on several title calligraphies, including the “Mt. Fuji, World Heritage” for UNESCO, the movie, “Bushi no kondate,” and the new 2020 TV series, “Kirin ga kuru” (NHK).Since 2009, she has been releasing workbooks for practicing beautiful handwriting every year, “30 nichi de kirei na ji ga kakeru pen ji renshuu chou” (Takarajimasha), and they have sold over 4 million copies as of today.